There is only 3 of us in this picture. Not sure what picture I was referring to. At various times we were a 3 piece, 4 piece, 6 piece? With all love and regards to Dave, Chris, Tony, Kelly, and Di… us three below are the ones who were there from day 1 until the end.

Did it end? No, but its on another multi-state hiatus. Again.

Death can not stop true love, only postpone it

Found this in my phone, says it was 2012. Got me thinking about stuff we accomplished having fun

Were we the best? Were we the loudest? We never claimed to be. No sir, what we were… are… is Denver’s Three-est®

Thanks for the laughs… we’ll see you again. Once we get J (inmate #3664487756 Pima County Correctional) facility back to Colorado.

new music, new name (to be determined), but same 4 dudes, 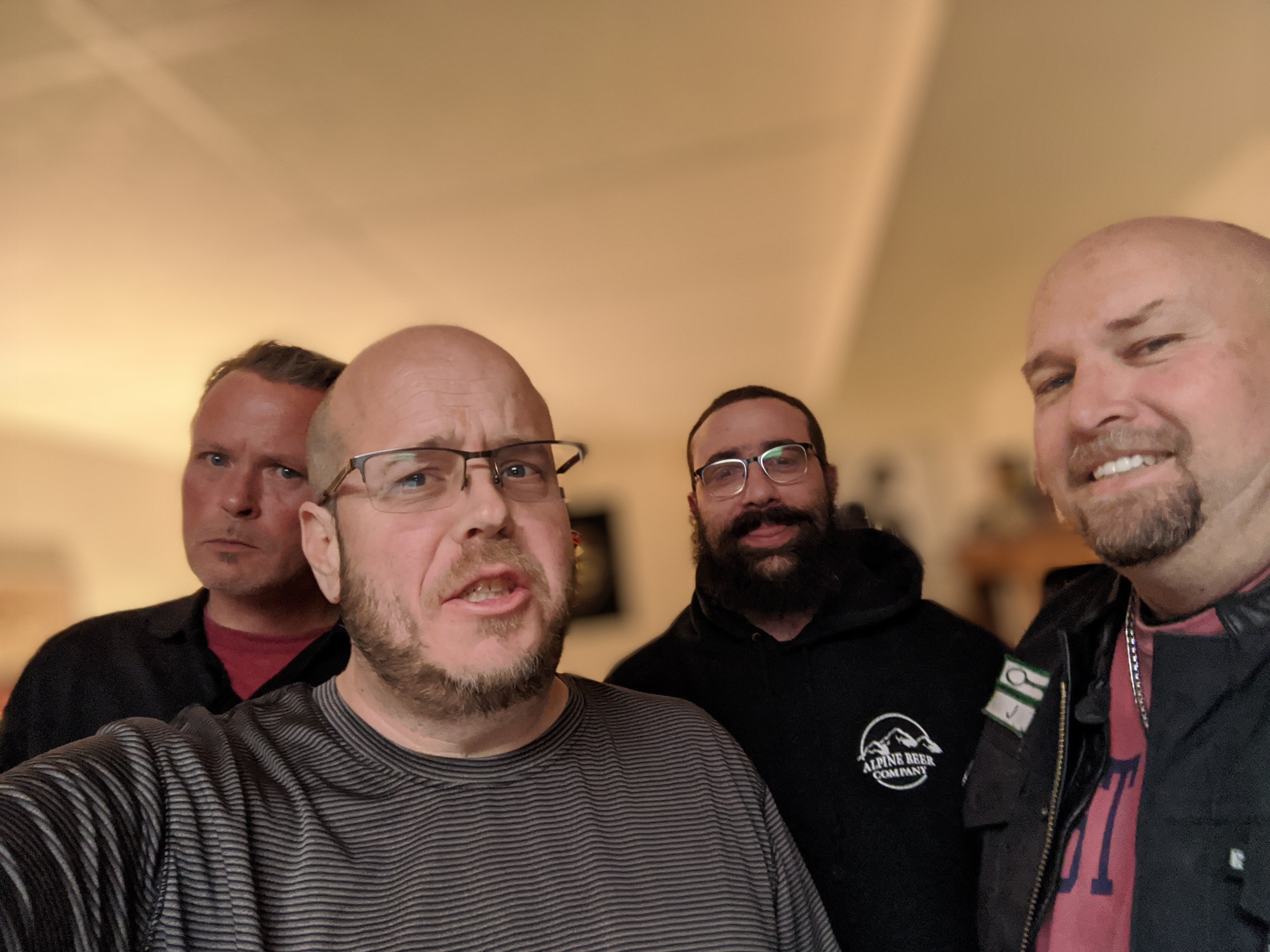 for the first time in over 3 years, the four of us got back together in a room and made music.  More news to come this Summer.

Well, unfortunately that didn’t last.  We got J back (far right) for a couple of months, and then circumstances landed him back in AZ.  I ain’t gonna say it was a felony warrant… but I ain’t gonna say it wasn’t, either.  tee hee hee.  Man, if he could read… he’d be awfully pissed.  Everyone promise you aren’t going to read this to him. 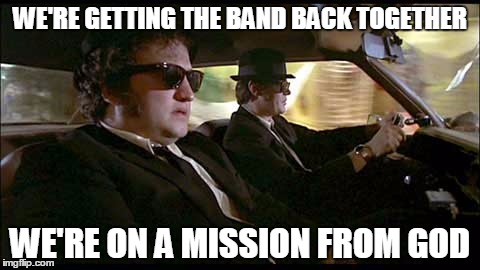 We are going to fix the lighter, btw.

Posted by Lono | Filed under Uncategorized

clownfight, J is coming home!, the return of ClownFight? 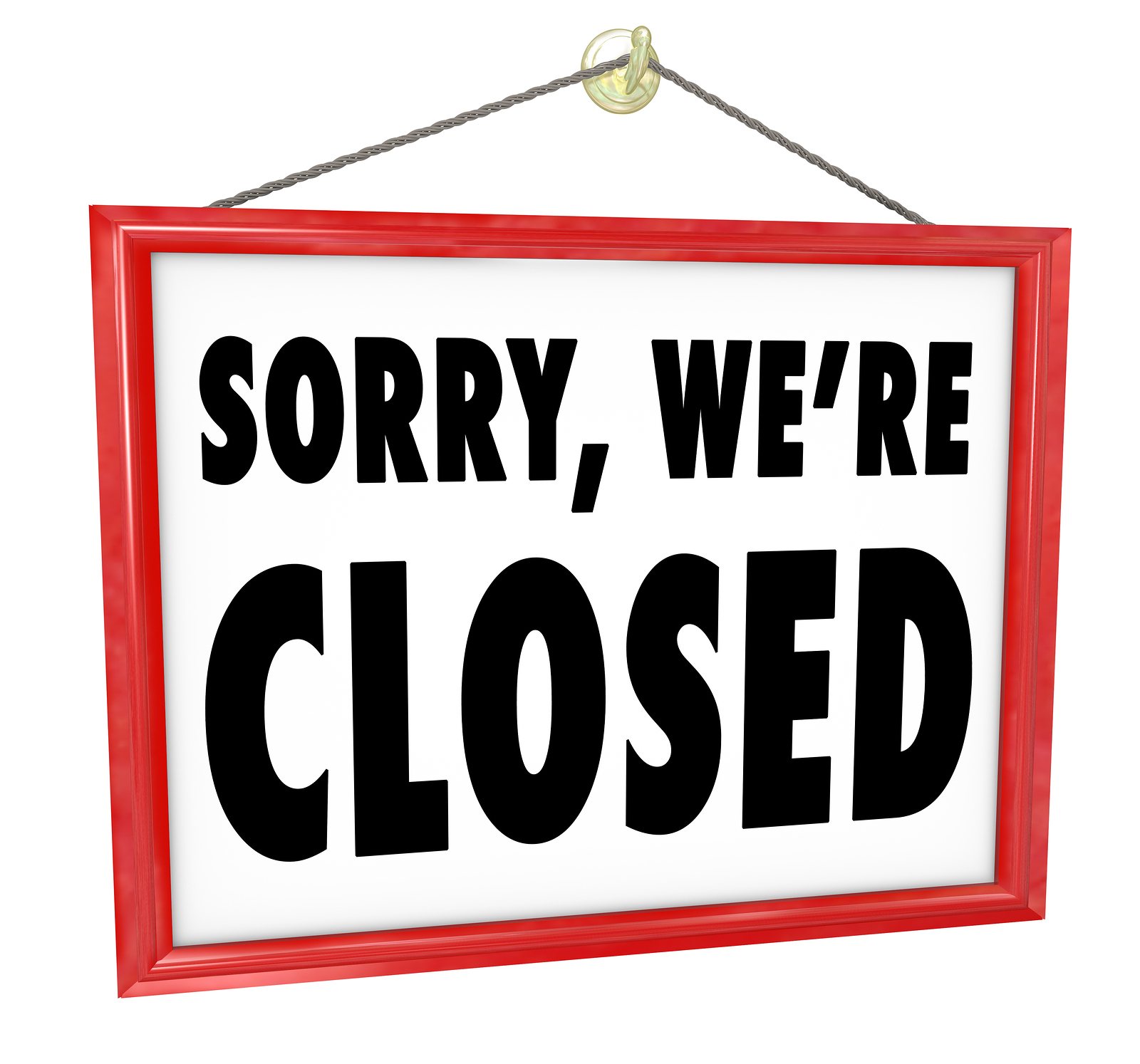 Hey all, finally an upcoming live show.  This will be our last for a while.  Our guitarist, J, is moving to Florida.  More details and cool art coming.  Here is what we know so far.  it is out at old stomping grounds – Toad Tavern in Englewood.  Friday night, Feb 4th 8 pm

Sometime before the weekend is out, I will also have a handy dandy Facebook event to remind you. 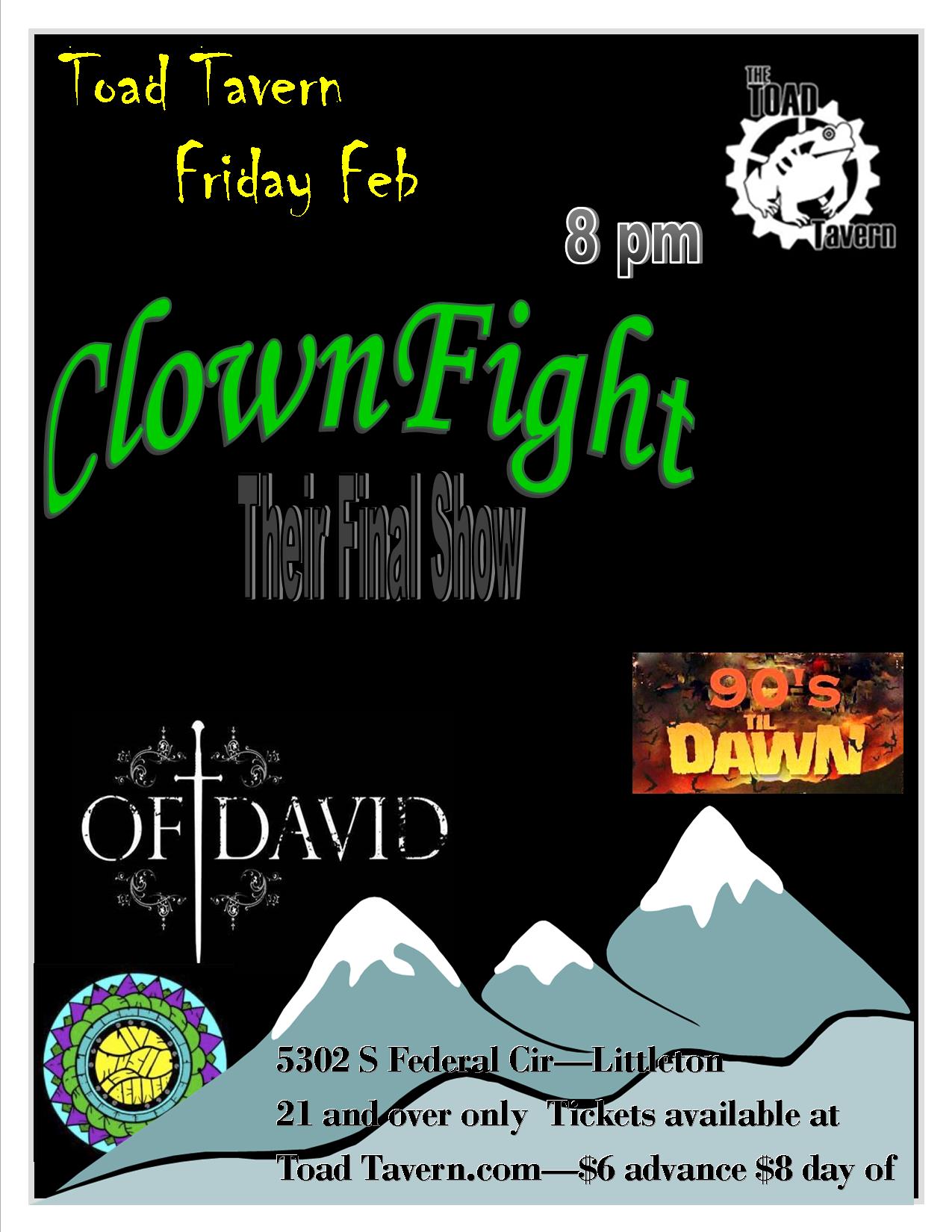 Farewell show to be announced very soon.  Will be end of Feb 2017 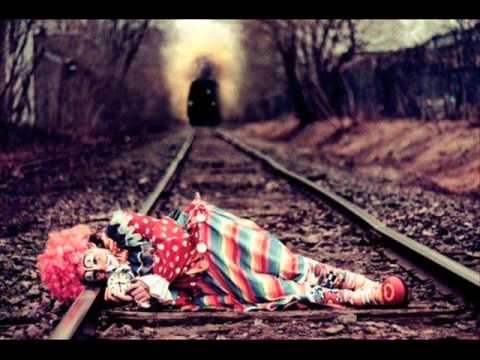 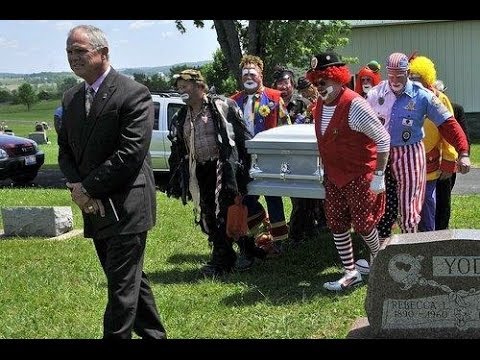 Denver’s Three-est®, ClownFight, will be once again headlining this year’s Lonopalooza.  Save the date! 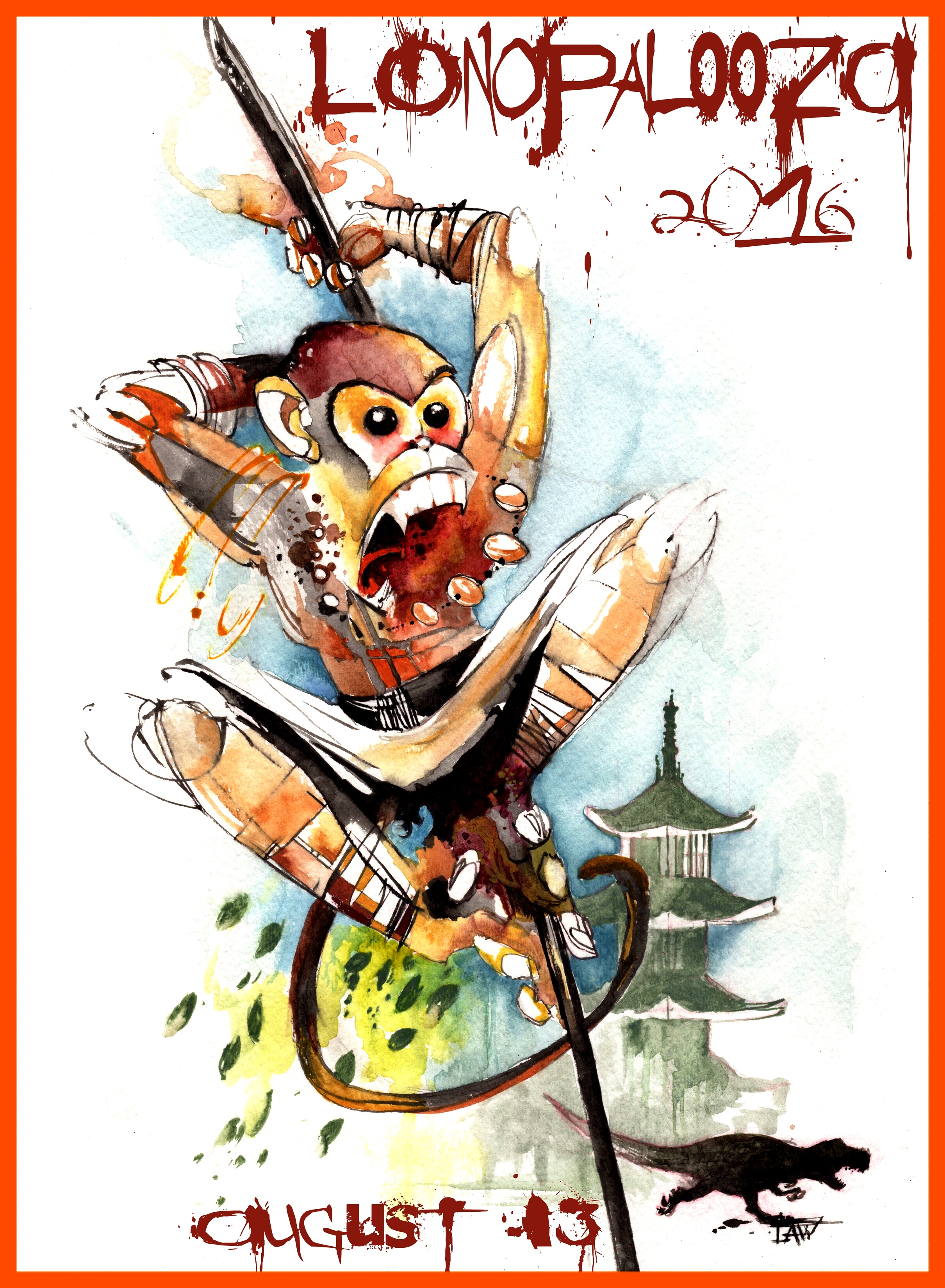 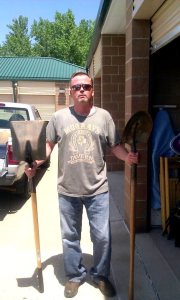